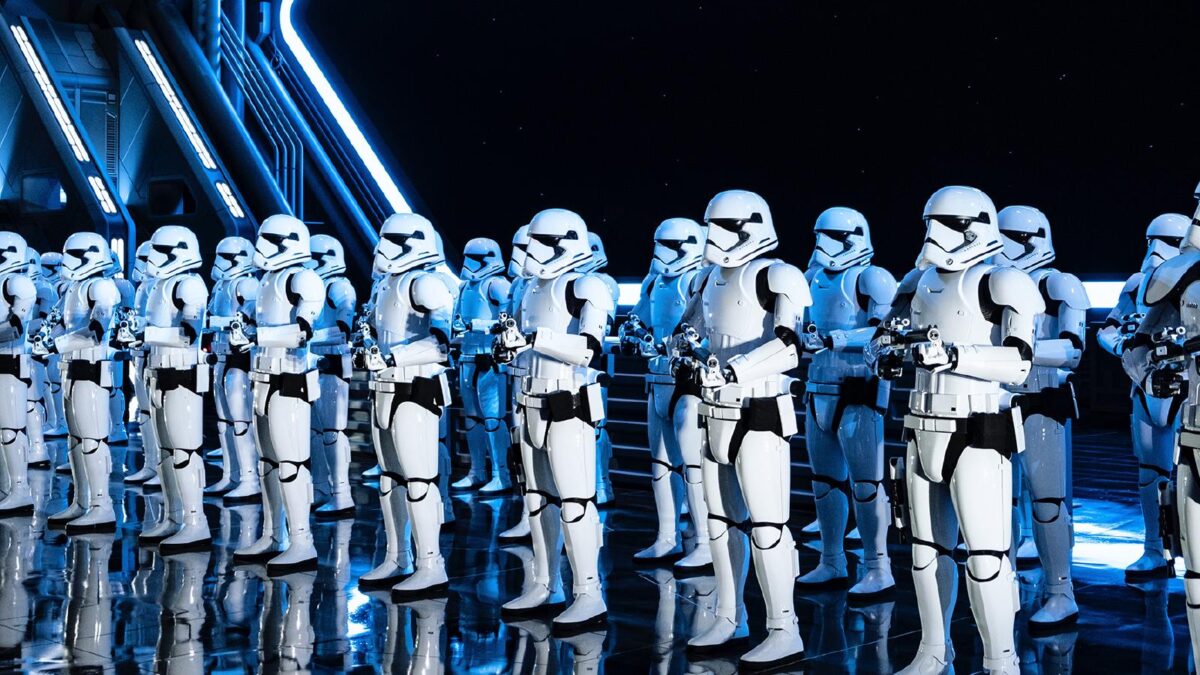 People all over the internet have been asking who are the Knights of Ren? While these characters had small parts to play in the movies, they have taken on a second life as fan favorites.

Here are 7 facts you might not have known about these mysterious knights.

Are They Sith or Jedi?

Asking who are the Knights of Ren starts with figuring out if they are Sith or Jedi.

Technically, they are neither. These knights were formed after the collapse of Luke’s new jedi order. They were sensitive to the dark side of the force and aided the few remaining true sith.

Who Created the Knights of Ren

Almost as mysterious as their identities is their origin. The Knights of Ren got started as a myth. Rumors of these dark knights go back throughout Star Wars lore. During the New Republic, a group of mysterious, force sensitive warriors began stalking the galaxy under the Knights of Ren banner.

What Are Their Names

Did you know the knights actually have names? The six main knights are named: Icrul, Cardo, Ushar, Trudgen, Kuruk, and Ap’lek with their leader being Ren. Kylo Ren inherits the Knights of Ren, and adopts the name, after he grew in power.

The Knights of Ren aren’t actually named after Kylo Ren. The original leader of these warriors was a vicious and mysterious figure referred only by the name Ren. Ren wielded a red lightsaber and was known for both his brutality and devotion to lightsaber combat.

The Knights of Ren Have Their Own Ship

Appropriately enough, the Knights of Ren have their own ship known as the Night Buzzard. This is a modified Oubliette-class transport. This ship was originally used to transport prisoners, but after some modifications became the main transport for the Knights of Ren.

The Behind the Scenes Creation of the Knights of Ren

The in-universe explanation for their origin is almost as interesting as the real world explanation.

During the creation of Episode VII The Force Awakens, there were many different drafts for what Kylo Ren’s outfit would look like. The discarded design ideas were so compelling they eventually got worked back into the movie as the Knights of Ren.

Why They Got Cut From the Movies

We ask ourselves who are the Knights of Ren because so little is known about them in the movies.

Unfortunately, you just can’t fit everything into a movie and cuts need to be made. The Knights of Ren ultimately got the details of their story dropped from the movie in order to give more space to our protagonists.

How to Become a Mindful Stock Trader?

What You Should Look For In A Digital Marketing Agency

Coral reef species you can admire during the Safari Blue in Zanzibar trip!

How To Assemble A Collection Of Online Free Movies To Watch

What to Look for When Buying Industrial Fans

The term “address validation” means what? Defining its value and illustrating its applications

Why Playing in crypto.games Is More Fun